This tutorial is adapted from the Web Age Course Data Analytics on AWS.

AWS Glue is based on the Apache Spark platform extending it with Glue-specific libraries. In this tutorial, we will only review Glue’s support for PySpark. As of version 2.0, Glue supports Python 3, which you should use in your development. END_OF_DOCUMENT_TOKEN_TO_BE_REPLACED

What are the 8 Steps to Creating the Ultimate Meaningful AWS Certification Plan in 2021? 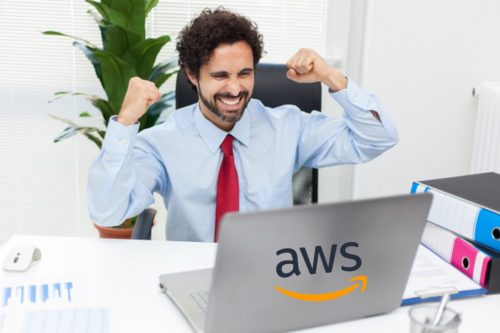 Amazon AWS certification is HOT! With cloud now nearing 15 years old, there is now a strong push in even the most conservative companies that IaaS, PaaS, and SaaS in all its flavors are here to stay. In my engagements with Redhat, Thoughtworks, Booze Allen, and others, the cloud has always been a critical strategy.

Even in a more conservative manufacturing and distribution business, I have personally witnessed key initiatives to use AWS and cloud services in general as the primary way we approach infrastructure. To that end, this article provides a step-by-step guide to a meaningful Amazon AWS certification plan for 2021.

Here Are the 8 Steps to Create the Ultimate Meaningful AWS Certification Plan for 2021! 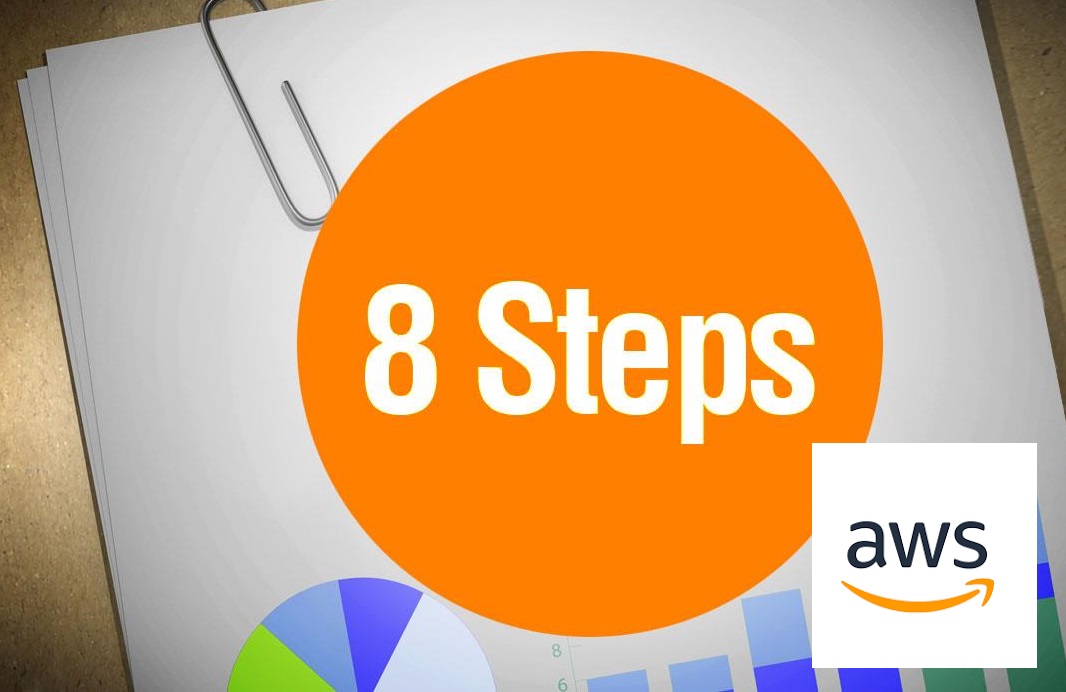 This article is part of the “8 Steps to the Ultimate Amazon AWS Certification Plan” series.

Part 1 – In this article, we will take a look at the first 4 steps. Part 2 – We will provide a link to Part 2 here when it becomes available. Bookmark this page now!

Step 1: Have a Compelling Why!

Often when we start a new endeavor, we are all focused on the tools and the strategies. Do I have the right shoes? Where will I workout? What workout strategy will I follow? These are the right questions (in terms of certification and study), but they come second to the most crucial question of all… Why are you seeking expertise and Amazon AWS Certification? The who, when, what, how, and where all come second to that question. For myself, I wanted to further my technical capability, but I also wanted to teach, and that required certification. Since my primary mission in life is to elevate people when the opportunity arose, this not only fits with my technical mission of teaching, but it aligns with my core mission of advancing people when I can. So, step 1 is to find your compelling reason for achieving your Amazon AWS certification and expertise. Write that down if you haven’t done so as Step 1.

Which Amazon AWS Certification is Right for You?

Watch now and gain a starting point to choose your learning goal and get pointers on the knowledge requirements and which training to take to achieve your desired Amazon AWS Certification!

Step 2: What Amazon AWS Certification are you going to do first?

You may say to yourself, why is this important? If I don’t have an Amazon AWS certification, wouldn’t I go for the lowest one? Namely, the Cloud Practitioner certification? Not necessarily! The cloud practitioner accreditation is genuinely for someone who has less than six months of fundamental knowledge of AWS cloud and industry knowledge. So, you wouldn’t necessarily start here unless you had never run a workload of any type in AWS and you were new to the industry. If you are a five year or above veteran in IT, then AWS Certififed Solutions Architect Associate or AWS Certified Developer Associate may be more appropriate, especially if you have some exposure to running workloads in AWS. Regardless, pick your path. This point is your destination. Write this Step 2 down.

What Are The AWS Certifications? 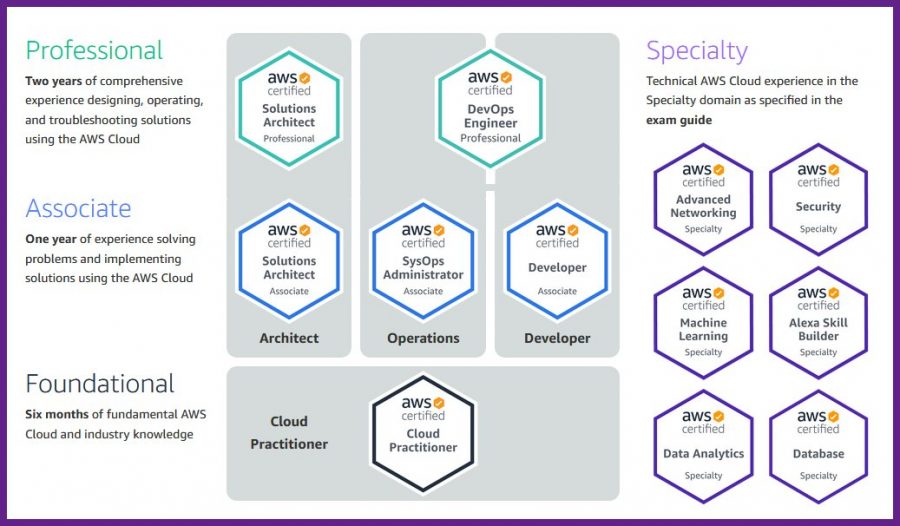 If you decide to go for a specialty AWS Certification exam directly, the recommendation is to take AWS Certified Solution Architect – Associate first and then go Specialty. AWS Certified Solutions Architect – Associate will give you broad context, which will help with the Specialty AWS Certification exams. My recommendation is to start there if you are chasing a Specialty accreditation and you have not run a workload on AWS before. Note also that you can jump straight to a Professional-level AWS Certification exam with no Associates a few years ago. Still, I would highly recommend that you have at least two years of deploying, designing, and supporting (depending on which Pro) before you go straight for those two Professional exams. If you don’t know where to start, start with Cloud Practitioner and go to AWS Certified Solutions Architect – Associate. This will give you a foundation to figure out what to chase next.

Step 3: Get Yourself a Map That Gives You a Plan.

AWS publishes a ramp-up guide to prepare for the certifications’ role or the technology, except two of them, below. Yes! This means AWS is giving access to all the free and paid resources to help you achieve an Amazon AWS certification, as well as the experience and expertise in AWS you require to be successful.

** Note – that these two guides are the same, but the difference is how far you go down the guide for associate versus professional. *** Note –  that Developer and Sysops both feed into DevOps Professional. **** I don’t know if AWS hates Networking or Alexa, but they have created many “extra” guides for, say, Media or Migration, but they don’t have their certifications covered. These are AWS Certification exam guides that do not nearly provide the value that the ramp-guides provide. All these links are here at http://bit.ly/ramp-up-guide. There are way more guides than I listed here, including IoT, Gaming, and more.

Once you have your study guide for your destination, it will recommend specific web pages, white papers, and other training you need to prepare for the exam and the role the certification represents. Schedule this out! I learned this little gem in the last ten years. You will do what you have scheduled as long as the schedule has room for error. So, if the study guide says that you will need to read a ten-minute web page and then study a 2-hour whitepaper covering an Overview of AWS (Ramp-up Guide for Architect), you need to schedule some daily time, preferably 30 minutes a day, to study. How long will it take to achieve an Amazon AWS certification? My experience in helping hundreds of individuals certify on AWS varies widely depending on background and experience, but usually 20-40 hours of study and 30-60 hours of labs and projects.

With these steps alone you have a plan for what and how to study, but to truly approach mastery for the role and the Amazon AWS certification you will need a little bit more. There’s a whole lot more to cover – keep an eye out for the next article in this series! Next up is how to get more hands-on experience, practicing for the AWS Certification exam, and staying relevant after you have achieved AWS certification. Stay tuned! End of Part 1!

Ask any database engineer if they would like to have an infinite scale, millisecond performance ACID-compliant datastore that’s fully managed and serverless to boot. They’ll tell you that’s just a pipe dream. You tell them it’s DynamoDB. Yes, ACID (Atomic, Consistent, Isolated, Durable) transactions have been fully supported on DynamoDB for a while, which means we now have a database that can fully support even the most demanding OLTP needs.

That sounds amazing! Let me get my SQL workbench ready.

Whoa there! SQL workbench? No, no – DynamoDB is a NoSQL database.

NoSQL you say? What does the really mean?

Well, NoSQL includes databases that support more than just SQL (NoSQL stands for Not only SQL) but that doesn’t mean SQL is natively supported on all of them. DynamoDB namely supports simple HTTP methods like PUT, GET, UPDATE and DELETE which are extended at the API level with the ability to address the service with more database-like operations like scan, query, batch reads and writes, etc. This means the full support of SQL operations you might find in a traditional RDBMS is not going to be available in DynamoDB. Well, at least not on its own, but we’ll discuss that at a future date.

Ok, then. Since it is addressable via the API, we can just build our requests via the CLI or SDK and start pumping data in and reading data out. No considerations, right?

Whoa again! No considerations? What about PIE?

Yeah, we can have some pie later, but now I need to finish this query so I can load this 100 million row table and click…

Stop. PIE not pie – PIE as in the PIE theorem – Pattern flexibility, Infinite scale and Efficiency. You can’t have all three at the time. If you want pattern flexibility and want to just push data in and out with no considerations than you would need to sacrifice infinite scale or efficiency. DynamoDB is all about efficiency and infinite scale. So, when we design our tables, we need to have the query in mind as it is not going to be equally efficient across all attributes in a table. Let me explain:

First of all, the data distribution is crucial for performance. The data in DynamoDB is partitioned by calculating the hash of the partition key (that’s why they used to call it the hash key) and then stored on a back-end that is responsible for the hashes. We need to ensure the primary key is selected in a way that will maximize the reads and writes across the partitions, so we don’t have a problem with hotkeys and objects. A hot object would be data where the primary key is very popular and thus is consuming lots of reads and writes. We need to make sure we keep a good eye on the application operations against DynamoDB over time. After all, understanding the hot object requests might also require keeping older statistics, like utilization graphs and request logs captured from our application or from the DynamoDB streaming back-end.

All right then I’ll set the primary key to a random 16digit UUID. That will distribute performance so randomly that…

Yeah, it’s not that simple. What you want to select is a key that has good distribution but is also known to the application. The reason is that you will query the database and the primary key is fully indexed. Meaning you want to use something like a username, customer name, product name where there are many users, many customers, or many products that will actually be used in queries. Think of an ecommerce site – when you shop for toilet paper online, as we all do now that it’s just not available in stores, do you search for “BN3sdk8vasf009” or do you search for “toilet paper roll”?

Then use that as your primary key.

But what about the color? I only buy pink toilet paper.

Well, really once you take into considerations that the table supports thousands, hundreds of thousands, millions, or even tens of millions of operations per second at millisecond latency, then it kind of gets worth figuring out the indexes vs queries. Because at the end of the day what are the most important factors for any application? Cost and performance. If it can do the same job faster and at a lower cost it can make a lot of sense.

Now that’s my kind of database!

Send Us Your Comments or Questions