How to Install and Configure Confluent Kafka?

This tutorial is adapted from Web Age course Confluent Kafka for System Administrators.

Regarding OS Platforms for Confluent Platform
Linux is the primary platform for deploying Confluent Kafka. macOS is supported for testing/development purposes. Windows is not a supported platform. Confluent Platform can be deployed On-Premises or in cloud environments like AWS, Google Cloud Platform, Azure.

Join our community of 80,000 IT professionals by registering today.

Confluence Platform runs on Java 8. Java 7 and earlier are no longer supported. Java 9/10 are not supported. The HDFS connector does not support Java 11.

Install images for the Confluent platform can be obtained from the downloads page here:

https://www.confluent.io/download
You can choose to download any of the following formats:
TAR
ZIP
DEB
RPM
DOCKER

1.7 How to set up for Development and Testing?

Docker is a technology that enables running of applications inside of ‘Containers’. With Docker, software (like Confluent Platform) can be configured and run inside a container without altering the setup and configuration of the underlying operating system. Containers for Confluent platform components can be created from images available on the DockerHub web site. The Docker software must be installed and the Docker engine running in order to download Docker images and run Docker containers.
Example commands:
docker pull confluentinc/cp-kafka
docker run -d –net=host confluentinc/cp-kafka

Full instructions for running Confluent Platform on Docker can be found here:

Notes
For a usable installation you will typically need to run at least zookeeper & kafka:

1.13 Setting up a Multi-Broker Cluster 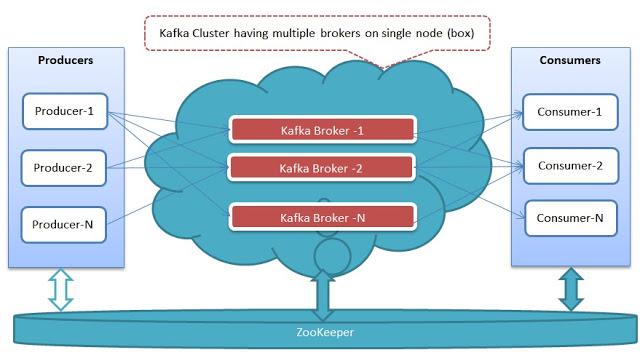 When planning a Kafka cluster, the following two areas should be considered:
Sizing for throughput
Sizing for storage

Know the expected throughput of your Producer(s) and Consumer(s). The system throughput is as fast as your weakest link. Consider the message size of the produced messages. Know how many consumers would be consuming from the Topics/Partitions. At what rate would the consumer(s) be able to process each message given the message size.

Increasing the number of brokers and configuring replication across brokers is a mechanism to achieve parallelism and higher throughput.
It also helps to achieve high availability. HA may not be a factor when running Dev and Test environments, but in Production environment, it is strongly recommended to deploy multiple brokers ( 3+). ZooKeeper plays a critical role in the Broker cluster management by keeping track of which brokers are leaving the cluster and tracking which new ones are joining the cluster. Leader election and configuration management is also the responsibility of ZooKeeper. Zookeeper should also be deployed in a HA cluster. The recommendation for sizing your Zookeeper cluster is to use:
1 instance for Dev/Test Environments, 3 instances to plan for 1 node failure and 5 instances to plan for 2 node failures.

Factors to consider when sizing your storage on a Broker are # Topics, # Partitions per topic, Desired Replication factor, Message Sizes, Retention period and Rate at which messages are expected to be Published and Consumed from Event Hub Broker. 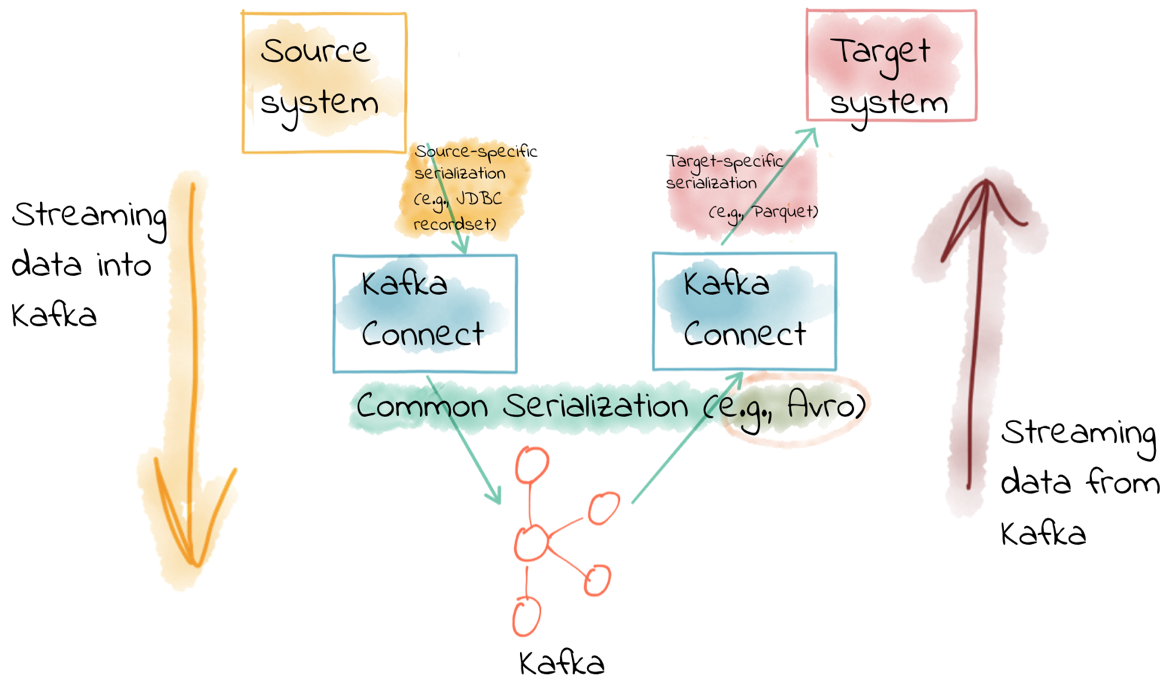 You’ll probably want to use data from other sources or export data from Kafka to other systems. For many systems, instead of writing custom integration code you can use Kafka Connect to import or export data. Kafka Connect is a tool included with Kafka that imports and exports data to Kafka. It is an extensible tool that runs connectors, which implement the custom logic for interacting with an external system.

etc/kafka/connect-file-sink.properties – specifies file sink connector. Data is read from a topic and written to a text file specified in the configuration.