This tutorial is adapted from Web Age course Docker and Kubernetes Administration.

In this tutorial, we will review various parts of the following architecture diagram: 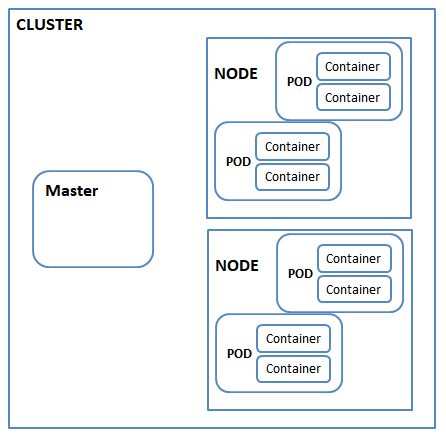 Cluster – Includes one or more master and worker nodes

Pod – A group of one or more containers, created and managed by Kubernetes

Container – Are most commonly Docker containers where application processes are run

Volume – A directory of data accessible to containers in a pod. It shares a lifetime with the pod it works with.

A Kubernetes cluster is a set of machines(nodes) used to run containerized applications. To do work a cluster needs to have at least one master node and one worker node. The Master node determines where and what is run on the cluster. Worker nodes contain pods that contain containers. Containers hold execution environments where work can be done. A cluster is configured via the kubectl command-line interface or by the Kubernetes API.

The Kube-Control-Manager (part of the Master Node) manages the following controllers:

All these controller operations are compiled into a single application. The controllers are responsible for the configuration and health of the cluster’s components.

Other components found on the worker node include:

kubelet – interacts with the master node, manages containers and pods on the node 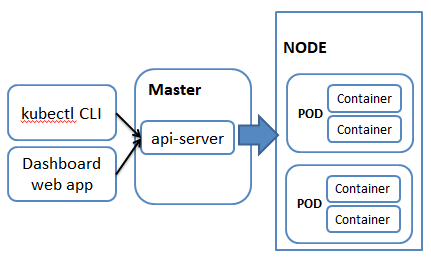 All user interaction goes through the master node’s api-server. kubectl provides a command-line interface to the API. Control of Kubernetes can also be done through the Kubernetes Dashboard (web UI).

In this tutorial, we covered: