Looking for IT courses in San Francisco, CA? Here’s some insight to get you started!

Ranked as one of the greatest cities in the world, San Francisco is the cultural, commercial, and financial center of Northern California. Famous for cable cars, the Golden Gate Bridge, Michelin-starred dining, world-renowned symphony, ballet, theatre, and opera; plus almost boundless outdoor adventures, San Francisco justifiably stands out as one of the ultimate must-visit cities on any traveller’s wish list.

San Francisco was ranked 5th in the world and second in the United States on the Global Financial Centres Index as of September 2021. Headquarters of giant companies such as Wells Fargo, Twitter, Block, Airbnb, Salesforce, Dropbox, Uber, and Lyft. The city, and the surrounding Bay Area, is a global center of the sciences and arts, world commerce, and is home to a number of prominent world-renowned educational and cultural institutions. Being considered the birthplace of new media; its South Park neighborhood houses some of the most innovative new technology companies in the world.

According to the U.S. Department of Labor, San Francisco’s diverse and educated population results in one of the most productive workforces in the country and the world. Growth is expected to continue in the areas where San Francisco is already strong: high-technology industries, medical science and health-related fields, and finance. 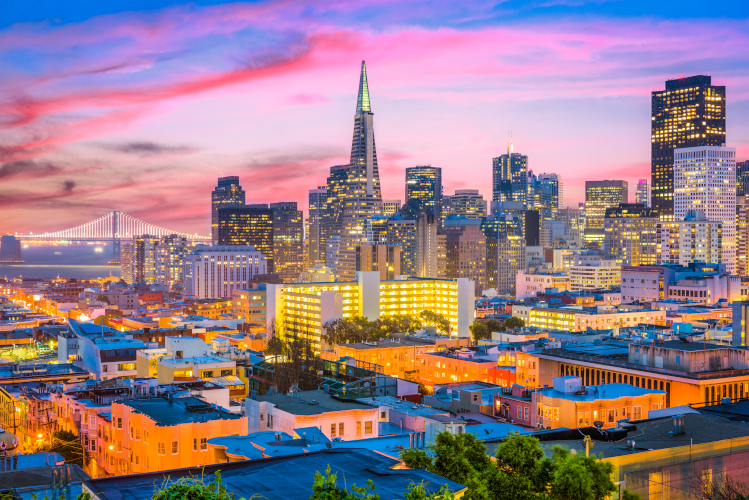 Web Age Solutions offers IT courses and training in San Diego, CA.
We provide training solutions for enterprise-level businesses looking to invest in their team.

Learn more about our San Francisco IT classes below.

Web Age Solutions has been offering a wide selection of state-of-the-art IT classes in San Francisco for almost 20 years.

You can browse through all of our available courses, view class outlines, and check availability on our website.

If you’d like to discuss personalized training options or have questions about training in San Francisco
please call our team at (877) 517-6540.

Contact us to see how we can provide onsite customized training in San Francisco for your team.