Since the success of any organization depends on whether or not tech intensity—the ability to use existing tech capabilities to create new capabilities— is achieved, training and certifications seem pretty important all the time, but especially right now. 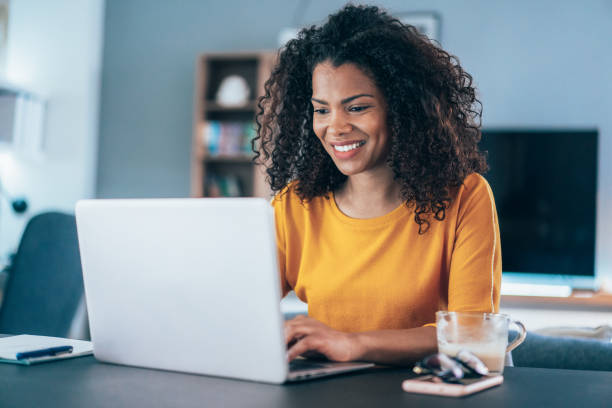 Why Should I Get a Microsoft Azure Certification?

There are many reasons to get a Microsoft Azure certification.

With the digital environment changing faster than ever, driven by both internal and external forces, IT certification, knowledge, and readiness are more valuable than ever to both the individual employee and the IT organization. Cloud, wireless, hybrid work, advances in data management, security, all demand more nimble, skilled IT teams. Being ready for what’s now and what’s next requires both skill and an attitude that values continual learning.

While it would seem that developing a growth mindset that values continued certification would have benefits to the individual employee, when they are actually quantified, their importance takes on a larger scale. For instance, once a certification candidate sets out a career goal that involves certification promotion, pay raise, new role they are far more likely to achieve it. A majority of candidates (70%) successfully fulfilled these primary goals. Only three percent did not.

Show me the money: The monetary benefits of certification:

For those employees who are looking to earn more money, certification is an important part of any plan, with 28% of employees receiving a salary or wage increase after earning a certification. 5 Of those earning a raise 50% of candidates receive a pay increase of between 6% to 20%. 6 And it happens fast; 55% of those getting raises after certifications get them within three months.

Personal benefits: Be the tech pro you want to be:

Microsoft states that an Azure Certification demonstrates that you’re proficient in the specific, real-world skills associated with recognized industry roles.

According to a survey conducted by Peason Vue, 91% responded that they feel an increase in confidence level and 76% felt a greater job satisfaction. 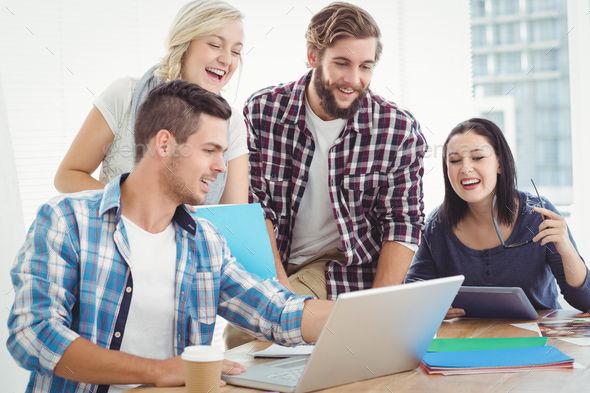 Why Should my employees get a Microsoft Azure Certification?

According to a survey by Pearson Vue,

of companies are encouraging credentials and

use certification as a mentoring tool.

Also, over half of the companies feel that a Microsoft Azure Certification improves the interviewing process.

When individuals within an organization pursue certifications, the organization as a whole benefits, too. In general, these benefits come from three main areas where organizations benefit from improving skills and knowledge:

There are Different Levels of Microsoft Azure Certification 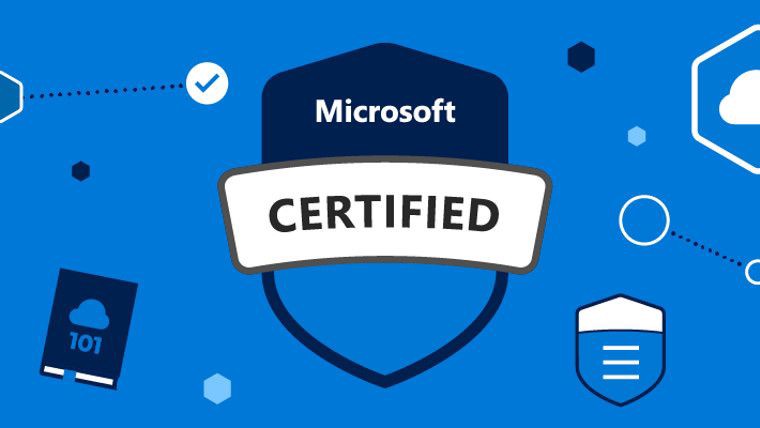 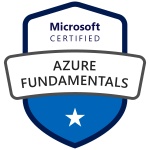 This Microsoft Azure Certification is a recommended start.

It is ideal for individuals just starting in technology or thinking about a career change.

Note: This AZ-900 course provides an Azure pass and time for students to participate in hands-on labs.

This Azure AI Fundamentals course introduces fundamentals concepts related to artificial intelligence (AI), and the services in Microsoft Azure that can be used to create AI solutions.

This AI-900 Azure AI Fundamentals course is not designed to teach students to become professional data scientists or software developers, but rather to build awareness of common AI workloads and the ability to identify Azure services to support them.

This Azure AI Fundamentals course is designed as a blended learning experience that combines instructor-led training with online materials on the Microsoft Learn platform.

The hands-on exercises in the course are based on Learn modules, and students are encouraged to use the content on Learn as reference materials to reinforce what they learn in the class and to explore topics in more depth.

Students will identify and describe core data concepts such as relational, non-relational, big data, and analytics, and explore how this technology is implemented with Microsoft Azure. They will explore the roles, tasks, and responsibilities in the world of data.

Students will explore the processing options available for building data analytics solutions in Azure. They will explore Azure Synapse Analytics, Azure Databricks, and Azure HDInsight. Students will learn what Power BI is, including its building blocks and how they work together. Associate certifications are broken down by roles and generally require a single exam.

See the section below on role-based Azure Certifications.

In this Azure Security Technologies course students will gain the knowledge and skills needed to implement security controls, maintain the security posture, and identify and remediate vulnerabilities by using a variety of security tools.

The course will use C# or Python as the programming language.

In this Designing and Implementing a Data Science Solution on Azure course, you will learn how to operate machine learning solutions at cloud scale using Azure Machine Learning.

In this Data Engineering on Microsoft Azure course, the student will learn about the data engineering patterns and practices as it pertains to working with batch and real-time analytical solutions using Azure data platform technologies.

Students will begin by understanding the core compute and storage technologies that are used to build an analytical solution. This Designing and Implementing Microsoft DevOps Solutions course provides the knowledge and skills to implement DevOps processes. Students will learn how to use source control, scale Git for an enterprise, and implement and manage build infrastructure.

This course provides the knowledge and skills to design and implement DevOps processes and practices.

This Planning and Administering Microsoft Azure for SAP Workloads teaches IT Professionals experienced in SAP solutions how to leverage Azure resources that include deployment and configuration of virtual machines, virtual networks, storage accounts, and Azure AD that includes implementing and managing hybrid identities.

This Microsoft Azure IoT Developer course provides students with the skills and knowledge required to successfully create and maintain the cloud and edge portions of an Azure IoT solution.

This Configuring and Operating Microsoft Azure Virtual Desktop course teaches Azure administrators how to plan, deliver, and manage virtual desktop experiences and remote apps, for any device, on Azure.

Students will learn through a mix of demonstrations and hands-on lab experiences deploying virtual desktop experiences and apps on Windows Virtual Desktop and optimizing them to run in multi-session virtual environments.

Microsoft Azure Certification
exam paths are broken down
into roles:

Data engineers design and implement the management, monitoring, security, and privacy of data using the full stack of data services.

Agile Architecture for a more Agile Scaled Agile Framework
DescriptionDescription: Agile development teams often focus on development at the expense of architecture.  Architecture that is “thrown over the wall” to developers is even seen as...
Register for Free Live Webinar

Only by combining real-world experience, training and study can you maximize your chances of passing your Microsoft exam.

Thankfully, there are plenty of resources to get your started. 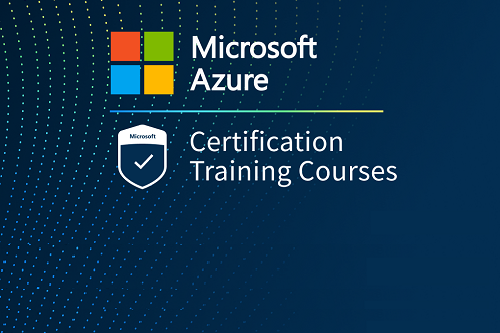 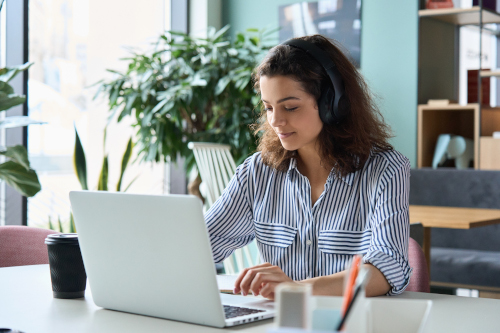 Webinars
Web Age provides free, monthly webinars on relevant and timely topics. Be prepared to laugh and learn with our experts.
Free Webinars Get started today to boost your career and position yourself for growth in the long run.

Who you learn from matters.

Microsoft Azure Certification training with Web Age will prepare you for the roles that employers are looking to fill.

Contact us to learn more about the exciting opportunities ahead for you with Microsoft Azure Certification Training.

10 Things You Get From Holding Microsoft Certifications

1. Recognition from an industry leader
2. A solid foundation
3. The job you’ve always wanted
4. Higher earnings
5. Highly desirable new skills
6. A new career path, if you want one
7. Earn credibility in the cloud era
8. The endless admiration of your employer
9. Confidence and excitement about your career
10. “I told you so” from your colleagues

Microsoft training with Web Age does more than just build technical skills. Microsoft Azure Certification training with Web Age includes problem-solving and critical thinking, as well as technical specializations, hands-on experience and practice requirements, which help you skill up for in-demand jobs. Our content and assessments are kept up-to-date to meet industry demands to help you stay current.